One sure path to energy efficiency in houses is eliminating air leaks. If you cut down the amount of air that has to be heated and cooled, you cut your utility bill substantially. But plugging up all those air leaks means less fresh air inside and this may bring on other problems.

One of the first to be identified was elevated concentrations of volatile organic compounds in the air. Commonly called VOC's, these compounds are used in the manufacture of the many synthetic building products used in most new houses today, including carpeting, flooring, paint, cabinetry, countertops, and the structural framework itself. Hundreds of off-gassing VOC's have been identified, but the one that has captured the most attention is formaldehyde. It is a potent eye and nose irritant and causes respiratory effects. It is also classified by the US Government Environmental Protection Agency as a probable human carcinogen.

In response to the concerns raised by health officials and the public over the last fifteen years, manufacturers of some building materials and furnishings have altered their chemical formulations, significantly reducing the amount of VOC's off gassing from their products.

One continuously running 100 cfm bathroom exhaust fan that is exhausted to the outside would do the job for a 2,400 square foot house and this modification would cost only $75 to $100 more than the exhaust fan and venting that the builder would already be installing in the bathroom, said Max Sherman, also of the Lawrence Berkeley National Laboratory, who has studied indoor air for 20 years.

Putting a smaller continuously running fan in each bathroom is a more expensive solution, but it would distribute the fresh air more evenly. 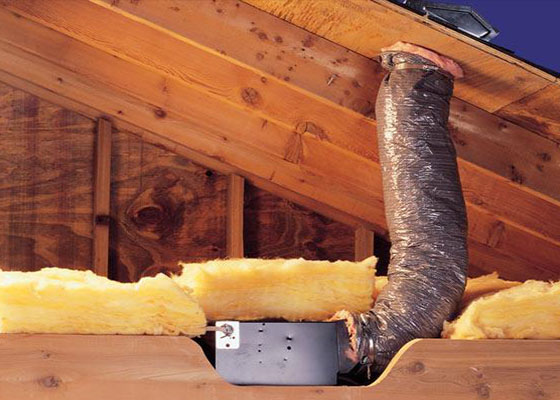